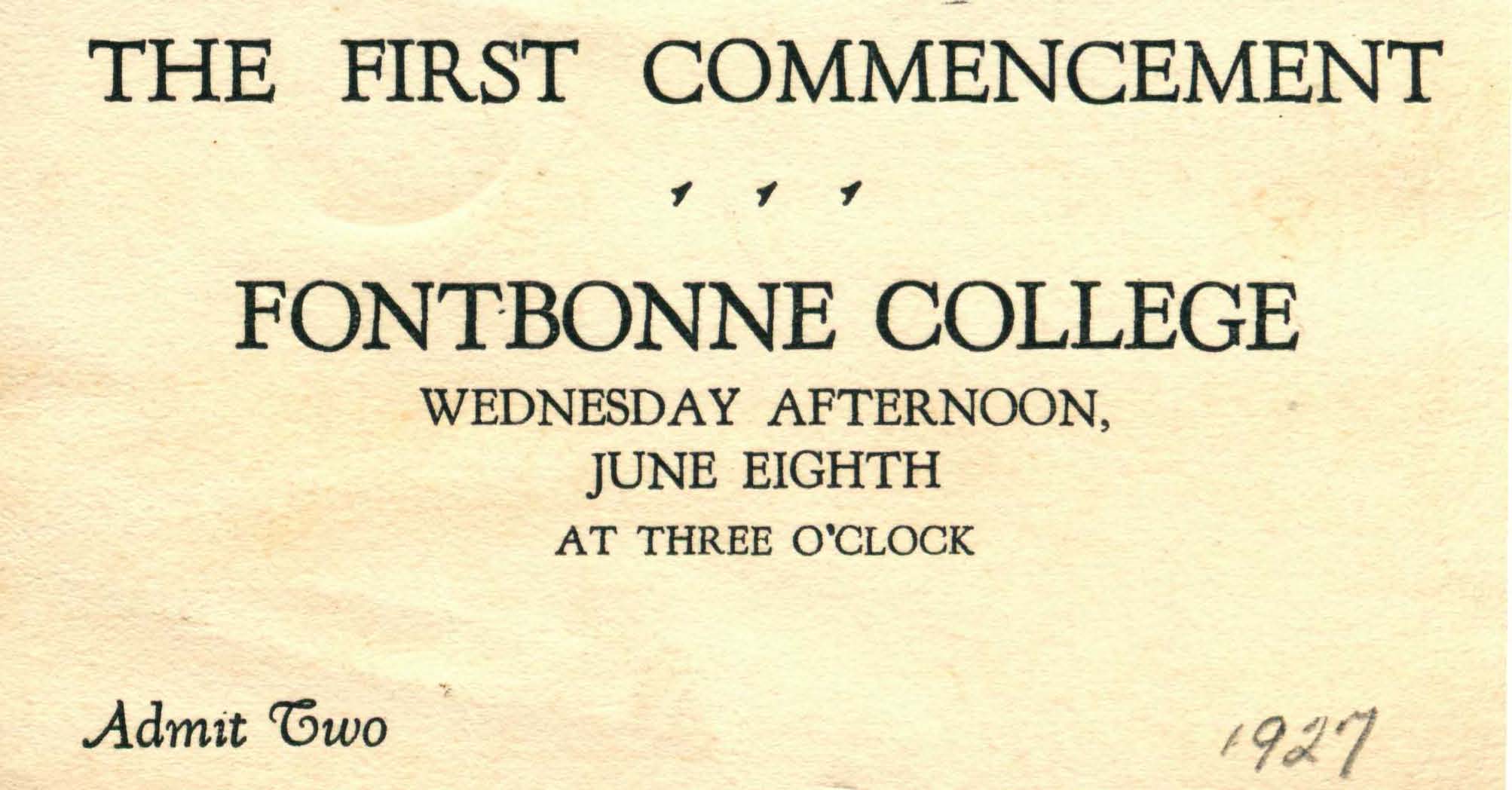 For the installation of Dennis C. Golden as Fontbonne's 13th president on September 23, 1995, the College commissioned the noted composer Robert Washburn to create a work for brass instruments and percussion. The piece, titled "Golden Medallion," received its first performance at the inauguration. It is used as the recessional at Fontbonne's Commencements.

In 1927, the first class of Fontbonne began a tradition that has been virtually forgotten since 1964. The missing piece of history is "linked" to a bronze chain that was hidden in a glass case in the Library until January 1995. Connected to the shovel used for Fontbonne's ground-breaking in 1924, the chain bears the year of the first graduating class at its head, and each subsequent graduating class is connected by square links inscribed with each Graduation year.

While on his first official tour of the Library, Dr. Dennis C. Golden, Fontbonne's thirteenth president, saw the chain in the glass case and asked the librarians to describe the history behind it. Rediscovering the historic chain seemed to provide the perfect theme for the ensuing inaugural festivities-- "CONNECTION..." The theme allows Fontbonne to "connect" the past with the present and future, to "connect" the alumni with current students, to "connect the St. Louis Community to the Fontbonne Community, and to "connect" the College's proud heritage to contemporary needs.

A 1927 article in The Font, Senior Number, Fontbonne's student newspaper at the time, included a brief mention of the chain. The chain began on "Font Day" during the first commencement week celebration. The article had this to say about the event," Also they will place a lacquered brass band, on which are engraved their names as members of the first class, upon the spade used to break ground for the college buildings: attached to this band is the first link of a long chain inscribed with '1927.' Having thus generously inaugurated the customs which are to be followed at Fontbonne till the end of time..."

After 31 years in limbo, it was time to renew this event. And in keeping with the tradition "till the end of time" a new link will be added each year at May commencement ceremonies to continue this unique part of the College's heritage. The up-to-date- chain was used in the investiture ceremony for Dr. Golden on September 23, 1995.