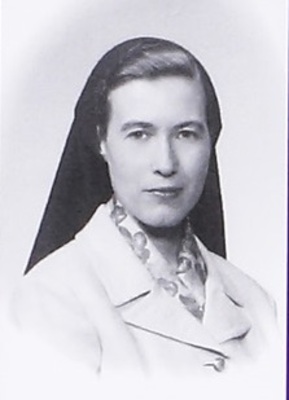 Sister Roberta was a Kansas City native who entered the Sisters of St. Joseph in 1949. During her early years in the religious community, she taught in elementary and secondary schools before moving to college teaching and administration. Sister Roberta earned a doctoral degree in sociology which she utilized in teaching at Fontbonne until she became president in 1966.

During her years in office, Sister Roberta experienced the celebration surrounding the dedication of the new library and the transfer of ownership of the college to the new board of trustees.

In 1965, she joined hundreds of others marching from Brown Chapel in Selma, Alabama to the courthouse in Montgomery, Alabama to protest racial injustice and supporting voter rights.