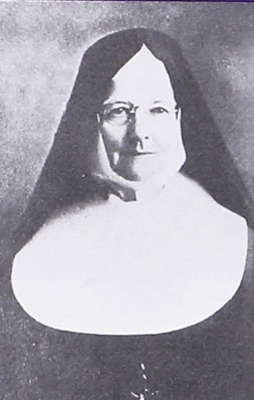 A native of Amsterdam, New York, Sarah McGrath was born in 1867. Before entering the Sisters of St. Joseph in 1890, she had been an elementary school teacher. As Sister Mary Palma, her only assignment outside of Missouri was at Nazareth Academy in Muskogee, Oklahoma. Her appointment as president of Fontbonne College commenced a few months before the expiration of her term as the provincial superior of the Sisters of St. Joseph. It was she who, as provincial, pleaded with the sisters by letter that they send music money and the assessment to help support the new college.

Sister Mary Palma continued the stabilization of the college, expanded academic programs, and built the cafeteria building in 1930.

She retired from office at the college in 1935, returning to live in Kansas City, Missouri. She died at Nazareth Living Center in St. Louis in 1947.